Costume of the Month for August 2000 is…

Peter Parker had long since retired as Spidey and you can tell by his amazingly large gut. His daughter (May) has taken over his role but has the Venom symbiote. The only other differences are there is no chest spider and no gloves. 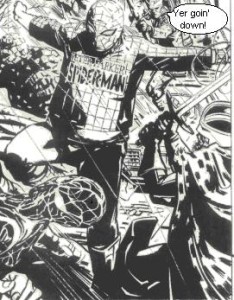 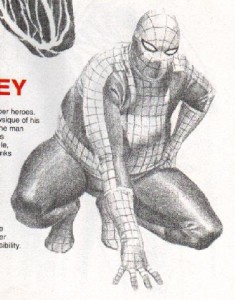