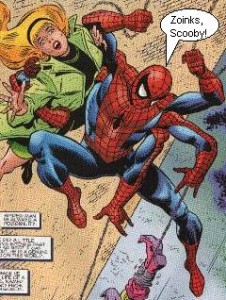 Remember way back in ASM 100 when Spidey Grew 4 extra arms? Well this is an alternate reality where they stayed. Man-Spider is a clone of the original who managed to save Gwen Stacy, but not the Green Goblin. (The Goblin cloned him) Man-Spider went to the trial of Brute (Beast) as a witness of his innocence of his accused murdering habits. In the two final issues of Mutant X Man-Spider helped tons of heros fight the Beyonder in the Third Secret War. He ended up dying along with almost all other heroes (and many villains).